·         The leaf is made up of three tissue systems (Dermal, Ground and Vascular)
·         The dermal tissue system consists of lower and upper epidermis
·         The ground tissue system is found between the epidermal layers of leaf
·         Epidermis
§  In dicot leaves, the epidermis is dorsiventral
§  Generally, the epidermis is made up of a single layer of cells that are closely packed and covered with a cuticle
§  The epidermal tissue is made up of;
§  Epidermal cells
§  Guard cells
§  Subsidiary cells
§  Epidermal trichomes
§  Epidermal cells
§  Epidermal cells are the most numerous, largest, and least specialized
§  Epidermal cells are more elongated in the leaves of monocots than in dicots
§  Guard cells
§  Consist of a pair of bean- shaped cells surrounding the stoma
§  They contain chloroplasts
§  Other epidermal cells do not contain chloroplasts
§  Subsidiary cells
§  They are 2 to 4 cells that surround the stoma
§  They do not contain chloroplasts
§  The epidermal layer consists of stomata
§  The stomata are part of a stoma complex which consists of a pore surrounded on each side by guard cells and subsidiary cells
§  The stoma complex regulates the exchange of gases and water vapour between the outside air and the interior of the leaf
§  There are more stomata over the abaxial that the adaxial epidermis t
§  Main function of the epidermis is to protect inner tissues
·         Mesophyll
§  Mesophyll is the entire tissue between the upper and lower epidermis is Mesophyll is differentiated in two regions;
§  Palisade parenchyma and
§  Spongy parenchyma
§  This differentiation gives two anatomical designations of the leaf
·         Dorsiventral leaf

o   Common in dicot leaves
·         Isobilateral leaf
o   Leaf mesophyll is not differentiated this way (i.e., made of only spongy or palisade parenchyma)
o   Common in monocots
§  Palisade Parenchyma (Palisade Mesophyll)
·         Palisade parenchyma lies beneath the adaxial epidermis
o   Palisade mesophyll may be present below both surfaces or occur only below the upper epidermis
·         Consists of vertically elongated cylindrical cells in one or more layers
·         Cells are compactly arranged with the chloroplasts close to the walls of the cell
·         Main function is photosynthesis
§  Spongy Mesophyll
·         Lies below the palisade mesophyll, with irregularly shaped, loosely arranged cells
·         Contain fewer chloroplasts than palisade mesophyll
·         Spongy cells facilitate exchange of gases with the help of air spaces
·         The pores or stomata of the epidermis open into sub stomatal chambers, connecting to air spaces between the spongy layer cells
§  Vascular Tissues
·         Veins are the vascular tissue of the leaf located in the spongy layer of the mesophyll
·         Based on pattern of venation, the vascular system of leaves falls into two main classes:
§  The reticulate (or net) venation typical of dicotyledons
§  The parallel venation of the monocotyledons
·         The veins are made up of xylem and phloem tissues
·         The xylem typically lies over the phloem
·         In dicotyledonous leaves the main veins are open and usually collateral (less commonly bicollateral), closed in monocot leaves 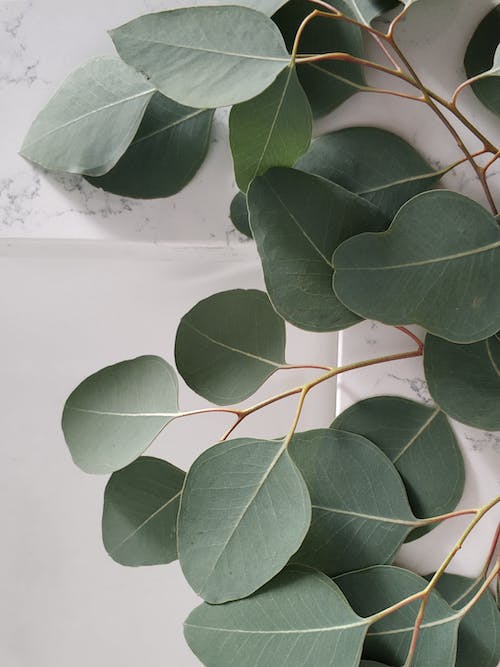