How to write a cover letter

·         Characteristics of Meristematic Tissues
§  May be round, oval, polygonal or rectangularin shape
§  Are closely arranged without intercellular spaces
§  Have dense cytoplasm with large nuclei.
§  Have smaller vacuoles, scattered throughout the cytoplasm.
§  Their cell walls are thin, elastic and made up of cellulose
·         Characteristics of Parenchyma Tissues
§  Generally present in all plant organs
§  Form the ground tissue in a plant
§  Is living tissue made of thin walled cells
§  Is the precursor of all the other tissues
§  The cell wall is made up of cellulose
§  Parenchyma cells may be oval, spherical, rectangular, cylindrical or stellate
§  Parenchyma is of different types
§  In green parts of the plants, the parenchymatous cells have chloroplasts; they are called chlorenchyma. Its important function is photosynthesis
·         Characteristics of Collenchyma Tissues
§  Is a living tissues generally occurring in the dicot stems in two or more layers below the epidermis, these layers form the hypodermis
§  It also occurs in petiole and pedicel
§  The cell wall is unevenly thickened, thickening is confined to the corners of the cells
§  Collenchyma strengthen young organs
·         Characteristics of Sclerenchyma Tissues
§  Is a dead tissue; lacks protoplasts
§  The cells are very thick i.e. have lignified secondary walls (woody)
§  Sclereids
§  Sclereids re shorter, fibers are longer
§  Sclereids have numerous pits, fibers few pits
§  Sclereids are dead cells varying greatly in shape and thickness
§  Cell wall is very thick due to lignification
§  Provide rigidity of the seed-coat
§  Fibers
§  Are dead cells (at maturity), very long and narrow with pointed ends, with simple pits
§  The secondary wall is evenly thickened with lignin
§  Are supporting tissues, provide mechanical strength to plants and protect from strong winds
§  Fibers found in seed coat of some seeds are called surface fibers. E.g. cotton.
Characteristics of Xylem Tissues
§  Is a complex tissue mainly responsible for conduction of water and mineral salts from roots to other parts of the plant
§  Primary xylem is formed from procambium,
§  Secondary xylem: from vascular cambium
§  Earlier formed xylem elements = protoxylem
§  Later formed xylem elements = metaxylem
§  Tracheids
§  are imperforate cells with bordered pits on end walls arranged one above the other and their roles are to conduct water and mineral salts in in gymnosperms and pteridophytes and also to provide mechanical support to these plants
§  Vessels or Tracheae
§  Are perforated at the end walls
§  The lumen is wider than that of tracheids
§  The perforated plates at the end wall separate the vessels
§  Arranged parallel to the long axis of the plant body
§  When entire end wall is dissolved, a single pore is formed at the perforation plate
§  Vessels are chief water conducting elements in angiosperms
§  Are absent in pteridophytes and gymnosperms
§  Their function is to conduction of water and minerals and provide mechanism
Xylem Fibers
§  The fibres of sclerenchyma associated with the xylem are known as xylem fibres
§  Give additional mechanical support to the plant body.
§  Present both in primary and secondary xylem
§  Xylem fibres are dead lignified cells
·         Xylem Parenchyma
§  The parenchyma cells associated with the xylem are known as xylem parenchyma
§  Is the only living tissue in the xylemsupport to the plant
§  Their functions are to store food reserves in the form of starch and fat and assist in conduction of water
·         Phloem Tissues
§  Conducts food materials to various parts of the plant
§  Primary phloem: formed from pro-cambium of apical meristem
§  Secondary phloem: vascular cambium
§  Sieve Elements:
§  Sieve elements are the conducting elements of the phloem
§  Their end walls are transverse or oblique
§  End wall contains pores and look like a sieve, hence sieve plate
§  Sieve elements are arranged one above the other and form vertical sieve tubes
§  In matured sieve tube, nucleus is absent
§  Companion cells
§  Are thin-walled, elongated, specialized parenchyma cells, associated with the sieve elements
§  Have cytoplasm and a prominent nucleus.
§  Present only in angiosperms and absent in gymnosperms and pteridophytes
§  Assist sieve tubes in conduction of food materials
§  Phloem Parenchyma
§  Parenchyma cells associated with phloem
§  Are living cells and store starch and fats
§  Also contain resins and tannins in some plants
§  Present in all pteridophytes, gymnosperms and dicots
§  Usually absent in monocots
§  Phloem fibres
§  The fibers of sclerenchyma associated with phloem are called phloem fibers or bast fibers
§  They are narrow, vertically elongated cells with very thick walls and a small lumen (the cell cavity)
§  Are the only dead tissue in the phloem
§  Strengthening and supporting cells 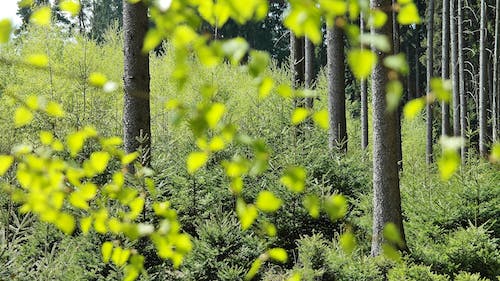