all global updates
Home All Global Updates Anatomy of the Monocotyledonous Roots
Facebook
Twitter
Pinterest
WhatsApp
Read Time:1 Minute, 54 Second
·         Internal structure of monocot roots shows the following tissue systems
§  Epiblema or rhizodermis
§  Cortex and
§  Stele
The Rhizodermis or Epiblema
§  Outermost layer of the root
§  Single row of parenchyma cells, no intercellular space
§  Stomata and cuticle are absent
§  Root hairs are always unicellular
§  The key function of rhizodermis is protection of the inner tissues of the root
·         The Cortex
§  The cortex is made of only one type of tissue (parenchyma)
§  Has many layers of parenchyma cells with lot of intercellular spaces
§  Cortical cells are generally oval or rounded in shape; chloroplasts are absent
§  The cells are living and possess leucoplasts
§  The inner most layer of the cortex is endodermis and is composed of single layer of barrel shaped parenchymatous cells
§  The function of cortical cells is storage
§  Endodermis (innermost layer of cortex) forms a complete ring around the stele (tissues inside endodermis)
§  There is a band-like structure made of (thickened with) suberin present in the radial and transverse walls of the endodermal cells
§  The band is called Casparian strips
§  The endodermal cells opposite to the protoxylem elements, are thin-walled without Casparian strips
§  These cells are called passage cells and their function is to transport water and dissolved salts from the cortex to the xylem
§  Water cannot pass through other endodermal cells due to Casparian strips (blocking effect)
§  The main function of Casparian strips in the endodermal cells is to prevent the re-entry of water into the cortex once water enters the xylem tissue
·         Vascular System (Stele)
§  Vascular tissues are in radial arrangement with many protoxylem groups
§  This arrangement of xylem is called polyarch and the xylem is in exarch condition
§  The tissue present between the xylem and the phloem, is called conjunctive tissue
·         The Pith
§  The central portion
§  It consists of thin walled parenchyma cells with intercellular spaces
§  These cells are filled with abundant starch grains 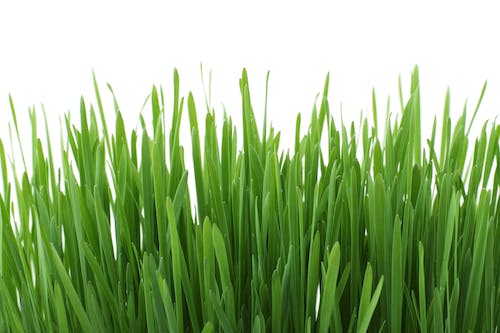